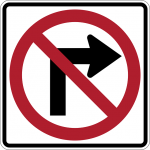 Three Actions I Am Taking

As promised, here’s more information about the three actions I’m taking to push back against the hard right turn of our national government that has emboldened hate-motivated speech and actions around the country.

1. Expanding my involvement with Restorative Practices.

I’ve been a volunteer in Vermont’s Restorative Justice System for the past ten years, where criminal offenders who take responsibility for the harm they’ve caused have a chance to repair that harm. Those who engage in the process not only avoid jail, they have a chance to repair the relationships that have been damaged by their offense and become reintegrated into their communities. It’s a process that can change lives of both victims and offenders for the good.

One of the tools of restorative justice is a circle process that can be applied in many circumstances. I serve on the Board of Directors of the Brattleboro Community Justice Center. We practice shared leadership and shared decision-making using a circle process. And now, thanks to a group in the West River Valley, I’m training to facilitate a prescriptive circle process to resolve conflict within my community. These restorative circles can be used in schools, churches, and civic affairs. Circle methods give everyone a voice and a chance to be heard. Circles increase empathy and promote organic resolutions to which all parties can agree.

In addition to using and promoting restorative practices, I’ve pledged make myself heard in Washington DC by making phone calls to senators who might be influenced to vote against their party. This week, I concentrated on calls to moderate Republicans to oppose the nomination of Betsy DeVos as Secretary of Education. I’m disappointed she’s been confirmed.

My third action is to continue to tell stories to create change. Today, I’ve told this story, of my two actions. Maybe it will inspire you to practice peace and make a phone call or seven. Actions don’t have to be overtly political to be effective; commitment matters.

You can support my actions by subscribing to this blog and telling your friends about it.

Click here to read or listen to my stories about Restorative Justice in Vermont.