Last Friday, I had a visit from a reader who’d been commenting on my posts for several months. I always try to reply to readers’ comments. So Judith and I were soon engaged in what passes for a twenty-first-century epistolary correspondence via cyberspace.

Not bad for two middle-aged ladies on opposite sides of the pond.

And not anything I ever expected.

When I started this blog, I had only a vague idea of what I was letting myself in for: writing a weekly essay and hoping someone – anyone! – would read it. How they would find out about it wasn’t something I considered too deeply. I’d been blogging for Live to Write – Write to Live, and I figured all 30,000 of those readers would just rush over to Living in Place.

And then I started getting likes and comments from readers I didn’t know. This was thrilling – and motivating.

At some point, I noticed lovely, intelligent comments from a woman I didn’t know.

A British woman with grown children.

I learned a bit more about her in every comment and two things became clear: we had similar tastes and interests, and she liked my writing!

So when I learned that she would be traveling to New England, I invited her to stop by. And last Friday, she did.

Judith and her husband came for coffee and cake. In the first five minutes, we discovered we’d all been at the University of Exeter at the same time. And while we’ve both had varied careers, both Judith and I have worked in Health Services (as Healthcare is called in Britain) and education. We have adult children. We don’t have grandchildren. We lamented the political state of the world, particularly that of our respective nations.

It was a quick but delightful visit. Just before they left, I asked how she found me online.

“I think I was researching our trip and I found Living in Place.”

It’s been a while since I stopped pursuing “likes” and “followers”. For a while, I confess, I was caught up in the numbers game, measuring the value of my output in data.

Hard data has its place, as does money. But so does human connection.

In the last year and a half, it seems as if the internet and social media have been used largely to inflame hate – to say nothing of undermining our electoral process. To me, connecting with Judith demonstrates how the internet can bring people together. Sure, this is a modest connection; it’s a connection nonetheless.

So, I will continue to tell stories to advance issues through narrative. Thanks to all of you who have been reading this blog, and a special thanks to those of you who subscribe and comment. 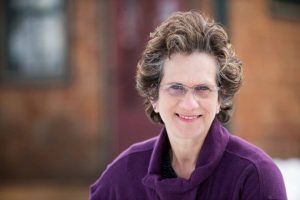 I have several public speaking engagements and teaching events coming up this month and next. Click Upcoming Events to learn more. And if you do attend any of these events, please introduce yourself!