Death & Taxes was broadcast on the stations of Vermont Public Radio this morning. Listen here.

When the poet T. S. Eliot wrote “April is the cruelest month,” I imagine he could have been thinking about death and taxes – because right after we finish filing our taxes, Americans have now set aside a day for planning our Advance Directives – known as National Healthcare Decision Day.

Benjamin Franklin linked Death and Taxes in seventeen-eighty-nine, when he observed that the newly adopted US Constitution “has an appearance that promises permanency; but in this world nothing can be said to be certain, except death and taxes.” But not even Franklin could have foreseen the establishment of the Internal Revenue Service, much less the filing deadline of April fifteenth.

Likewise, no one involved in ratifying the Sixteenth Amendment, establishing the IRS in nineteen-thirteen, could have ever imagined a need for a National Healthcare Decision Day. Because back in nineteen-thirteen, people just died, often without even bothering to grow old. People fell ill or suffered an accident and died.

But that’s not always the way it works these days. Advances in medical science have created the previously unimaginable possibility of surviving catastrophe. People can now be kept alive mechanically, presenting a whole new set of challenges.

For one thing, it’s no longer clear how to determine when someone’s dead. For another, some people want to be kept alive at all costs; while others never want to be put on a ventilator or be fed through a tube. And for most of us, it’s somewhere in between.

But if we become incapacitated, the only way to make sure we live the way we want until the very end is to write and register an Advance Care Plan to provide guidance for our surviving loved ones, and ease their burden.

And even though the majority of Americans say they want to die at home, the majority of us actually die in a hospital. So an Advance Care Plan also insures that any hospital we land in will follow our instructions.

This month, Brattleboro Area Hospice is going beyond National Healthcare Decision Day to offer more than two weeks of events that include films, plays, presentations on green burials, what happens when you call in the EMTs, instructions for writing an obituary, and ample free guidance to help people craft an Advance Care Plan that expresses their end-of-life wishes best. 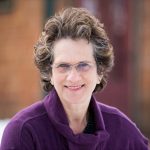 I’ll be presenting Having the Last Word: How to Write an Obituary for Yourself or Someone You Love at noon on Friday, April 27 at the River Garden, 157 Main Street, Brattleboro, VT. This program is free and accessible.