Through the Woods and Off the Grid

While traveling in place to visit my friend Jan, I paid a visit to Jan’s daughter Megan, who’s been living in place a forty-minute walk outside a remote village on Chichagof Island in Southeast Alaska.

We arrived by ferry and walked most of an hour to the off-grid home that Megan and her husband have borrowed while they search for a place of their own. Because they live so far even from the nearest tiny town (where the population peaks at 100 during the few weeks of summer and shrinks to half that the rest of the year), and because even that town is difficult to get to, they live in place most of the time.

They live without a car, electricity, a fridge, the internet or indoor plumbing. The activities of daily living take them outdoors daily to fetch water, visit the outhouse, tend the garden, hunt and forage for food, fetch wood for heat, and walk to visit their homesteading neighbors.

We spent most of three days and two nights at their place, sleeping in our own tent and sleeping bags and contributing some treats to our meals: Vermont cheddar and homemade pepper jelly; store-bought crackers to go with the cheese; and beer and wine to wash it all down. When we left, we carried out the empties.

The Privilege of Choosing Where to Live

Living in place in Alaska, even in such a modest way, is as much as a privilege as living in place in Vermont. Even though I use electricity generated by the sun, heat with wood harvested from the forest, and eat food mostly cooked at home from raw and minimally processed ingredients, mine is unquestionably a privileged life.

Deciding where to live is no longer a simple matter of choice, but also a matter of luck, fate, politics and weather. According to recent Unicef data, over 40 million people have been displaced by violence and conflict within the borders of their own countries. Another 19 million have been internally displaced by earthquakes, tsunamis and flooding.

The UN estimates that the number of international refugees is about 258 million people.

For these people, having a place to call home is a dream. By comparison, even Megan’s off-grid life is luxurious, and mine is fat with twenty-first century amenities.

The population density of urban living has advantages, though easy access to and immersion in the natural world is not among them. One consequence of this population shift is that fewer people have experience of, connection to, or comfort in the natural world. Nature Deficit Disorder is real, and the consequences threaten both human health and the health of our planet.

Connection to the natural world is one of the main draws of rural life for me. But my rural life in the crowded northeast is high tech, modern and heavily dependent on fossil fuel compared to Megan’s off-the-grid homestead in Outback Alaska. Nevertheless, we’re both rich with choice that migrants and refugees lack. And we both have a connection with nature that may be fading or non-existent among our readers.

I’ve known of Megan all her life, though it’s only in the past few years that we’ve become colleagues and friends through our common interest in making sense of our worlds in prose. Megan is a writer, and she has graciously agreed to write occasional guest posts about how she goes about Living in Place on Chichagof Island, in Southeast Alaska.

I hope you’ll return next week to read her story, Commuting With Bears. 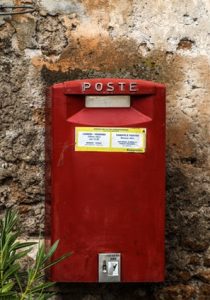 You can have these essays delivered to by email by signing up with your email address in the box at the right.