One of the reasons I came to Vermont in the summer of 1984 was to avoid the ordinary, daily, and demeaning sexual abuse that I experienced walking down the sidewalk, riding the subway, and trying to enjoy the outdoors of Riverside Park in New York City, where I then lived.

WALKING DOWN THE SIDEWALK

I was in my twenties, single, and tired of having strange men approach me on the sidewalk and mutter comments about how I looked,[1] how I should behave,[2] and what they’d like to do to me.[3]

In the subway, when passengers were pressed up against one another, opportunistic creeps would grind their hips and then their hards against me. I was too timid to do more than edge away or whisper, “Creep.” I was afraid if I shouted or shoved, I’d only incite worse violence when I exited the train. And really, all I wanted to do was get to my destination.

Actually, that’s not true: I wanted to get to my destination unmolested. And I wanted to enjoy running along the Hudson in Riverside Park, or reading in the sunshine on a park bench without being bothered. But I can’t tell you how many men exposed themselves to me there. What’s up with that?

But summer is no time to be indoors, so I bought a car, rented a cabin smaller than my New York apartment, and moved to Vermont.

I’ve lived largely unmolested in Vermont, where there are more trees than people and few sidewalks. When I’m in the woods, I fear encountering bears, not men. And bears are shy.

I moved here to become a writer. One of the things I’ve written is a novel in which I’ve infused my main character with my lifelong silence about having been sexually abused by my grandfather. I’ve turned it over to my agent and channeled my hopes on being heard as a writer. Ironically, the many editors who have praised the book have turned it down as too quiet.

I’d successfully repressed my memories of childhood sexual abuse until Christine Blasey Ford testified before the Senate Judiciary Committee about Brett Kavenaugh assaulting her over three decades ago. Like so many women, her testimony on national television triggered my own memories and gave me hope that our stories would now be heard. And as with the reception of Dr. Ford’s testimony, the people I first told my story to were more concerned for the reputation of the abuser than for my welfare. I have chronicled this story here. [Please read He Was My Grandfather, published October 10.]

When talking with one of my children about the ordeal of being prohibited from using exact words to describe this dark episode in my life, I said, “It was only abuse, not assault.”

“Don’t minimize it, Mom.” My child wrapped her arms around me.

She told me about a peeping Tom peering into a dressing room in a clothing boutique where she was trying on clothes. As benign as this sounds, it’s what it took for me to understand how prevalent the small, daily assaults lead to fear and silence.

WIDESPREAD INTIMIDATION FROM ABUSE AND ASSAULT

But the silence has been broken enough for me to be alarmed at how widespread the intimidation resulting from ubiquitous abuse and assault. Since my story was published, both women and men have told me about their abuse by strangers, by family friends, and by members of their own families.

As long as we’re silent, this abuse will continue. As long as the abuse continues, we risk being silenced. I’m encouraged, however, by the young women my generation has raised, women emboldened to speak up and even sing about what’s going on. [Listen to Lynzy Lab sing A Scary Time]

LET YOUR VOTE BE YOUR VOICE

And as if we’ve all been trained by some media-savvy publicist to stay on message, our message is the same and relentless: if you do nothing else, be sure to vote. 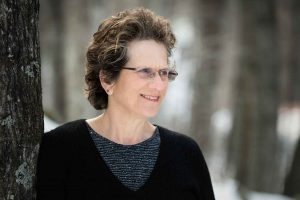 Deborah Lee Luskin posts an essay every Wednesday, which sometimes falls on a Thursday. Please subscribe to receive these posts by email.