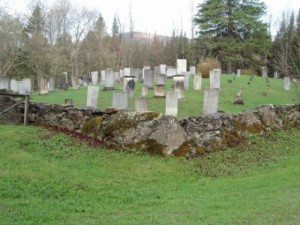 Spring Came Late is an excerpt from my not-yet-published novel Elegy for a Girl, a heartbreaking love story between Mary Grace “Girl” Knight and her father, Harlan, whose hill-farm is bisected by construction of the new interstate highway in 1958.

Spring is arriving slowly and late this year, as it often does in Vermont. The view from my window remains resolutely white, though the stone walls have emerged, and the driveway, but not the front door.

Spring will come – but not yet. Look for the second half of this chapter next week.

Spring Came Late, from Elegy for a Girl

The streams started to speak as March wore on, gurgling free from the stranglehold of winter. Harlan took the team up the sugar road and set out buckets for the sap run. Like a window shade, cold fell with night; heat rose with the sun. Up and down, up and down, on either side of freezing, the changing temperature pumped the sap up through the maple trees and out the taps drilled under their south-hanging boughs.

After placing the buckets, Harlan waited on nature. Warm days, when the sap flowed, Harlan hitched Lady and Buster and gathered into a galvanized tank. He tramped back and forth, from tap to sled, while the horses waited with equine patience. Chickadees darted in the sunlight, their buzz another declaration of spring. Snow cover shrank, revealing the tops of stonewalls. Patches of ground emerged along the woods road, and the horses had to pull hard to get through the mud.

The shirtsleeve sunshine dropped into nights as cold as any in winter. Harlan lit the fire in the sugaring arch and started the boil. He piped the sap from the tank to the pan and watched the steam billow, carrying the water out of the day’s harvest. For every forty gallons of sap, one of syrup. Harlan fed the fire late into the night. Each time he drew off and filtered a pitcher of amber syrup through the felt-lined funnel, he calculated its worth in dollars, subtracted its value from the tax bill due in September. Without the milk money, he’d have to sell syrup. And gravel.

He picked up another gnarled log and poked it into the fire, trying not to think about all the labor involved in collecting the wood, gathering the sap, and boiling halfway through the night. He slammed the fire door shut and stepped into the brittle air. A great plume of steam rose from the rooftop vent, pointing to the waxing moon. He squeezed his shoulder blades, stretching out the ache that had settled down the middle of his back. The sweat chilled his brow, and he returned to the moist heat of the boil, determined not to complain about the hard work he’d chosen, or to think about what he’d done.

Girl hugged the shadows when she left her room, which wasn’t often. The cold nights and warm days confused her. She looked out at the monochrome fog of thick mist hanging above the snow and couldn’t tell where the dirty snow ended and the milky air began. Nor did she care. He was out of the house most of the time, living the mixed up hours of sugaring, not coming in until two in the morning and sleeping late.

She slept even later. She was so tired, she couldn’t stay awake to bake bread, so she mixed biscuit and ate the dough raw. What she couldn’t finish she baked and left in the pan. Nor did she cook, not beyond heating milk and spooning molasses in it. She wasn’t hungry, just tired. She dragged herself upstairs and back into bed, which smelled like a dark den. She didn’t always sleep, but sometimes lay there, inhaling the scent of her body, which had become as dangerously familiar as the caress of a stranger’s hand.

On dull days, she stared out the window. It gave her no pleasure to see the hayrake, the hay loader, the old wagon all emerge from winter storage as the snow receded from the yard. Like the sagging fence lines and the tired posts tilting cockeyed at the sky, Girl, too, was worn by ebbing snow until one gray day she buckled galoshes over thick shoes, shrugged on a greatcoat, and headed toward the horizon. She slogged across pastures, leaving gray footprints behind her, footprints that quickly filled with water.

A damp wind pushed her along, so there was no turning back. She climbed the hill, crossed into the woods, and didn’t stop until she reached the edge of her knoll, which was now the top of a steep cliff. She braced herself, leaning backwards into the wind.

The rough cut of the highway opened beneath her, but it looked different from what she remembered. Without the workers or growling machines, it resembled a frozen river, still covered in snow. Even at this distance, she could see a congregation of hoof prints, as if the deer had been meeting in the far lane. Gazing through the drab afternoon, Girl saw summer ahead, heard the yellow machines snarl at the dirt and watched the half naked men scurry over the raw earth.

Slanting wet snow erased her vista. She turned into it and stumbled home, where the team stood in the dooryard. Inside, cans of maple syrup covered the kitchen table. They were lovely, lined up in neat rows. Girl was tracing the red script with her finger when Harlan carried in eight more quarts. As soon as he deposited them he turned. “You can take these down cellar.” He was out the door.

Girl moved to the stove. Stoked the fire. Unbuttoned her great coat. After a while she slid off the coat, heavy with water, and draped it over the back of a chair to dry out. Harlan came in again, placed more cans on the table. Girl sat, unbuckling the galoshes. She felt him staring. Only after she pulled off the boots did she look up. He was watching her. Girl focused on the air just above his head.

“It takes two people to run a farm.” Harlan looked down at the floor. “I can do the outdoor work.” He looked up. “But you have to keep house.”

“I need three meals a day.” He leaned his hands against the back of a chair and spoke to her at eye level. “You understand?”

“Good.” Impatience slipped into his voice. “I’ve got to put the horses away, do evening chores. When I come in, I’ll want supper.” He waited again. “Do you hear me?”

Girl regarded him for a moment, eye to eye, then stood and picked up as many quart cans as she could carry.

Harlan sighed and walked out.

Cold weather returned, locking the sap in the ground, so Harlan started reclaiming the orchard. When Girl ventured as far as the pump she could see him at work, untangling each tree with the pruners, and leaving a skirt of deadwood on the ground, as if the now lithe trees would dance naked across the meadow.

Part of her wanted to help, but she had dinner to get. Besides, she was too tired. And sick. Most cooking smells made her ill, especially the canned sausage, but that’s about all there was left, so she fried it with potatoes and served it all the while holding her breath. Because he insisted, she sat with him at table, but she only nibbled dry toast and sipped hot milk with molasses. Neither spoke, and as soon as the meal ended, Harlan returned to his work outdoors. Girl cleaned the kitchen and rested until it was time to cook again. As soon as supper was over, she retired.