Vermont Public Radio found the word “grandfather” too specific and VT DIGGER didn’t think it was specific enough. Both media outlets refused to broadcast/publish the piece as I wrote it, so I’m publishing it at the end of this post. My detailed account of the controversy was published in The Commons, and can be read here.

This week, John Walters wrote an account about the impasse with VPR in his weekly column for Seven Days, which you can read here. [You have to scroll past the first article to find #MeToo and the Media.]

This week, Anne Galloway, publisher of VT DIGGER, requested the script for the on-line newspaper. For her, “grandfather” wasn’t specific enough. She wanted to know which grandfather. To my immediate regret, I told her.

She said VT DIGGER would run the piece if I’d identify my abuser as my maternal or paternal grandfather. Her email said, “I understand this is a difficult decision[.] For us it’s a question of fairness to the living and the dead[.]”

MY REPLY TO VT DIGGER

My reply follows, [words in brackets have been] excised to protect both the living and the dead.

It turns out that this is not a difficult decision: My short answer: No, you may not run the piece with “[which] grandfather.”

If you’re interested in my reasons, read on. If not, thank you for your consideration.

Thank you for reading this far.

I can spend no more time nor emotional energy insisting on the wording of this piece. It was kind of you to offer to publish it, but I withdraw it from consideration.

IS ‘GRANDFATHER’ TOO SPECIFIC OR NOT SPECIFIC ENOUGH?

[Luskin] It took me more than fifty years to admit out loud that I’d been sexually abused as a young girl by a close male relative.

It was in this crucible of male dominance that I concluded a female’s only hope was to write – and be read. So when a family injustice occurred I’d write my parents about it.

But I never wrote about my grandfather stalking me, cornering me, and crossing my boundaries.

For years I couldn’t speak of it or write it down, at least not as fact. But I have written a novel that draws upon that experience.

Ironically, it’s proving a hard sell. A typical rejection letter offers high praise. Editors love it, praise the story and the writing, but none have yet offered to publish it.

As my agent continues to look for an editor willing to risk publishing a book about the extreme outcome of an abused woman’s enforced silence, the case of Christine Blasey Ford is a sober reminder that speaking out is still dangerous.

The national narrative around sexual politics shames women who speak up – even when their stories are believed – and guarantees that our motives, character, and personal history will be dragged through the streets of public opinion.

But we still tend to ignore – even protect – abusers, especially if they’re men seeking – or serving in – public office. They may be captured on video bragging about assaulting women, or discovered to have paid hush money to a sex worker for extramarital sex, yet their status and power remain largely intact.

Fortunately there’s something both women and men can do – privately, without disclosing their sexual history – that may be more effective than either speaking up or writing about the sexual abuse that continues to be commonplace.

Any registered, legal resident over eighteen can vote.

WHAT DO YOU THINK? 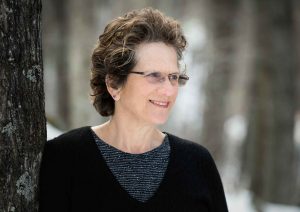 For the time being, I’ll be publishing all my commentaries here, so I hope you’ll subscribe and even tell your friends. Thanks.